Get a free estimateFinancing options

Get a free, no-obligation estimate Get an affordable, protective roof that will look and perform great for years. Protect your home for decades with a super-protective, energy-efficient metal roof. 0% interest for 48 months, no money down

Ask About Our SureNail® Technology

Choose TruDefinition® shingles by Owens Corning for the patented SureNail® Technology built into the singles.

Each shingle has a wide, engineered fabric strip that create a strong barrier and prevents damage or tearing. Algae growth can ruin the appearance of your home. All of our shingles are built with Streakguard™ Algae Resistance Protection to prevent the growth of algae. This means less undesirable black streaks on your roof and a boosted curb appeal.

How our shingles are different

We install a drip edge that safely directs water away from your roof and into the gutter, preventing damage caused from wind-driven rain that gets pushed up and underneath shingles.

When your existing roof is removed, it may come to light that the decking underneath is rotten. Many companies would just leave it be and install the roof over it. We take the time to completely replace any rotten decking before installation to give you the strongest, most durable roof possible.

Our team will install a rubber, waterproof roof underlayment membrane developed to protect vulnerable areas on a roof (like valleys and behind gutters) from devastating ice and water damage.

Underlayment is your last barrier of defense against the elements. That’s why our our synthetic underlayment is 10x stronger than competitors’ easy-to-tear felt paper and is 85% lighter weight so there is less stress on your roof.

We only use wide-top, button cap nails which provide a large surface area above your roof’s synthetic underlayment, preventing the risks of a leak.

We always install starter shingles, which prevents wind from getting underneath your shingles which can cause flapping and the loosening of shingles.

Rather than cut corners by adapting normal roof shingles to fit the hips and ridges of your home, we instead use factory-cut shingles tailor-made for hips & ridges, all warrantied up to 110MPH.

We register your warranty for you

Warranties needs to be registered with manufacturer (often within 30 days), so we take care of the whole process for you. This is one less step for you and ensures that you are never stuck with a warranty claim that goes unfulfilled.

When you need it most

Have a severe hole or leak in your roof? Avoid further damage before a full roofing team can make it out with fast emergency tarping services. We'll get out to your home as soon as possible to get your roof temporarily patched up until a permanent fix can be established. 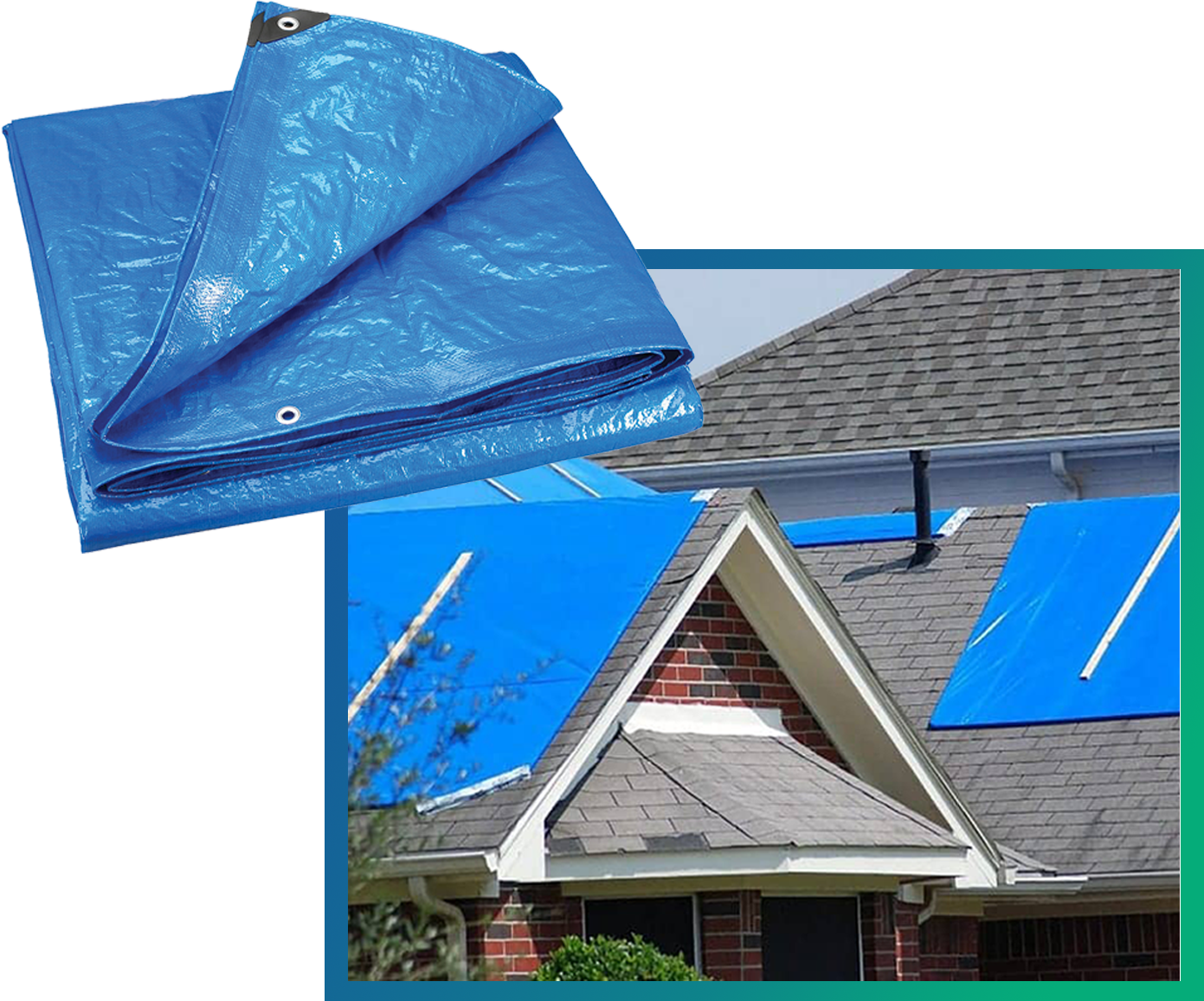